Learn about the benefits of crossing Teeswater and Bluefaced Leicester sheeo.

It has been several years since I have raised a "bottle baby" . Princess Buttercup ( a registered Teeswater ewe), the last of the ewes to deliver, decided 2 days after delivering twins, that she was only going to care for one of them, her ewe lamb, & nothing was going to change her mind, including wearing an Elizabethan collar--also known as the cone of shame. I tried this tactic to see if the wearing the "cone" would prevent her from smelling / seeing who she was feeding--

Update on the Lamb Weaning 2022 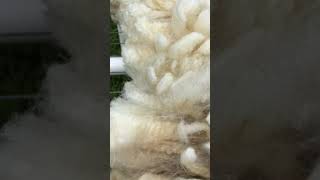 The 2020 Lambs have Arrived

Update on the Lamb Weaning 2022